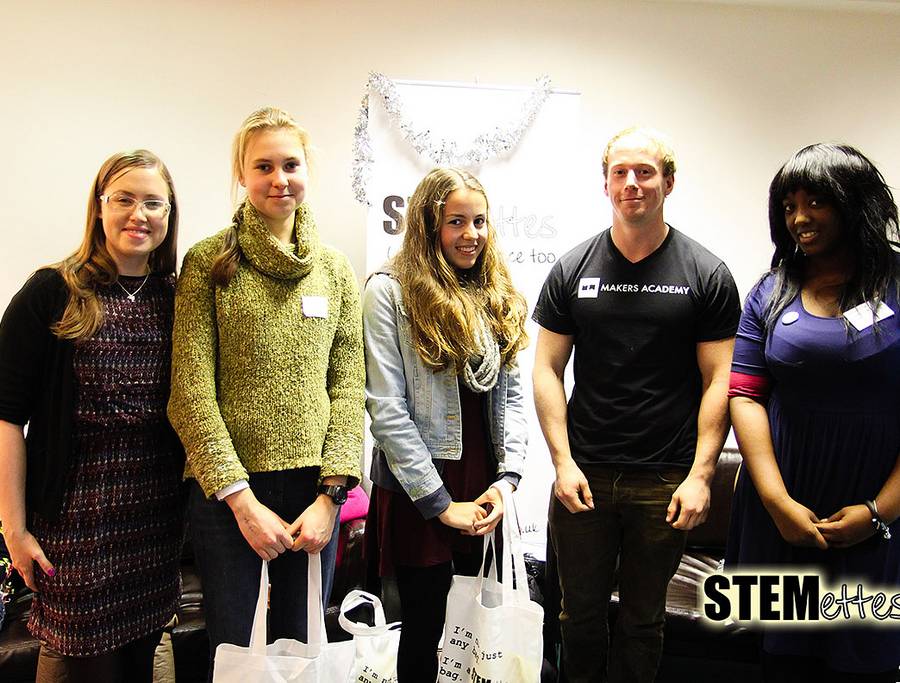 A Christmas Meeting With The Stemettes

It was Saturday afternoon, 7th December 2013 and about 40 girls, parents and Stemettes met at Makers Academy HQ, on London’s Silicon Roundabout (above Old Street Station). We had mince pies, Christmas tunes and six Big Stemettes who were there to share their journeys, stories and advice on careers in STEM.

After registering everyone and handing out the usual networking activity sheets, we settled down on beanbags and computer chairs to hear from

Raynee Keshav – a civil engineer at Galliford Try who worked on underground engineering at the Olympic Park. Raynee spoke about her works as a Civil Engineer first. 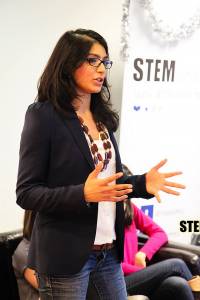 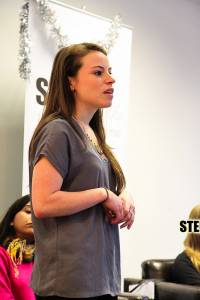 Kriti Sharma – a developer at Barclays who has worked on the Pingit and Barclays Mobile Banking apps, and previously worked at Google where she built a robot to bring her her favourite snacks! 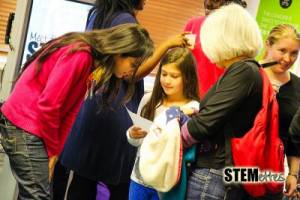 Danielle Nanton – a cost controller at DNV (which is a large maritime Oil & Gas company) and who previously worked as a humanities secondary school teacher.

Hadiza Mohammed – who works in sustainability, helping her clients to have more eco-friendly & sustainable products and buildings whilst she finishes off her Masters in Sustainability.

and our mystery man: Stephen – who has worked as a software developer for 6 years, but is currently teaching newbies to code at Makers Academy. 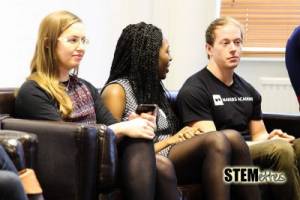 They all shared their career paths within the 2 minute slot on our countdown timer and then answered questions from the audience.Then it was time to tuck into the refreshments and fill out the activity sheets.

The winners got a special Christmas prize from the Stemettes and little Stemette Olivia was presented with her British Science Association CREST Discovery Award for the project she completed at our Oxford Hack in October. Check out all of the photos on our Flickr and Facebook pages.

That brought us to the end of our fourth and final panel event of 2013, and of all our public events for 2013. We’d like to thank everyone for coming, the panellists for donating their time, Charlotte Repton for donating the food and Makers Academy for hosting us. We’ll be publishing details of our 2014 calendar in the new year and will be posting a December update in the next week or so.