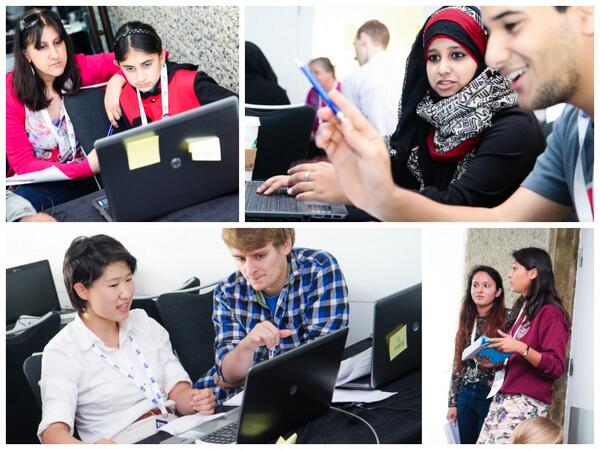 An all-girl hackathon, organised by Stemettes, a project set up to encourage more girls to take up science, engineering, technology and maths (STEM), took over the Barbican Centre this weekend. The event saw sixty girls, some as young as eight, build their very first video games and mobile applications and present them to a jury of tech professionals. 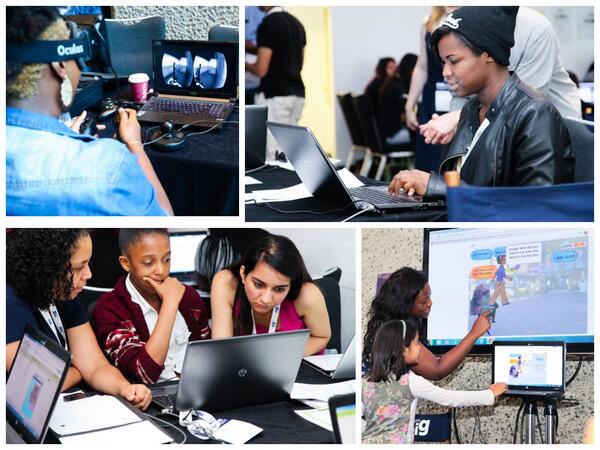 Adya, an eight-year-old girl who had never coded prior to the event, wowed the judges with her video game “My pet dog”, in which players earn points by taking care of a dog. The jury was impressed by the creativity and technical complexity of the game and awarded her the first prize of the competition.

During the weekend, girls used programming tools to explore and develop their technical interests and abilities. They used Scratch and App Inventor, applications consisting of dragging and dropping blocks of code, and learned Python programming language through tutorials. Female (and male) mentors working in technology guided them as they learnt how to code their first project.

The hackathon is the latest in a series of initiatives aimed at making STEM subjects and female STEM role models more accessible, real and relatable to girls, so that the next generation of women can make an informed decision about working in the STEM industry.

Currently, only 15% of the UK technology workforce is female, and the numbers are on the decline.

“Encouraging young people, especially girls, to develop technical skills will be crucial to the business world moving forward”, said Carolyn Smithson, head of online delivery at Telefonica, who sat on the judging panel.

Other projects included “Finger Spelling”, a mobile app that teaches deaf children sign language through visual aids, “Binary Master”, a text-based game similar to Mastermind that requires players to guess random strings of binary numbers, and “Smoke Test”, a game that tells players how much money – and years – they have lost because of smoking.

Most of the participants had little to no experience with coding before.

“A lot of girls think that coding is not for them because it’s nerdy. But they don’t see that the technology they use every single day – and love – is made by nerdy geeky coders”, explained Lauren, 11.

“In my college, the computing class is all boys and it’s awkward for girls to be there. It sends the idea that coding is something teenage boys, not girls, do”, added Chloe, 17. “Although coding is something I’ve always been interested in, I never thought I could do it until recently.”

“It is crucial to provide girls with a environment where they feel more comfortable and not as intimated as they would be if it were a co-ed group”, said Rajal, a female professional who codes in her free time and mentored budding programmers over the weekend.

“Girls get hands-on practical experience with coding. It gives them the chance to explore whether it is something they could be passionate about”, said Selina Pavan, vice-president of Technology at a global investment bank and member of the judging panel, about the hackathon.

“I don’t want my daughter to dismiss technology early on”, shared the mother of 11-year-old Daveena. “At her age, she’s exposed to so much technology. I want her to know that she can be involved in its creation, not just its consumption”.

“Anyone can be a coder, no matter what age you are”, concluded Ms. Pavan.

The Stemettes hackathon was part of the wider Hack the Barbican event, running through August at the Barbican Centre. Girls also had the opportunity to gain a CREST Award from the British Science Association for their work over the weekend.

In a few months, Anne-Marie Imafidon, the founder of Stemettes, and a crew of dedicated volunteers have run a series of panel discussions and hackathons, and are planning a STEM exhibition later this year. They also run experience days for groups of girls in schools.