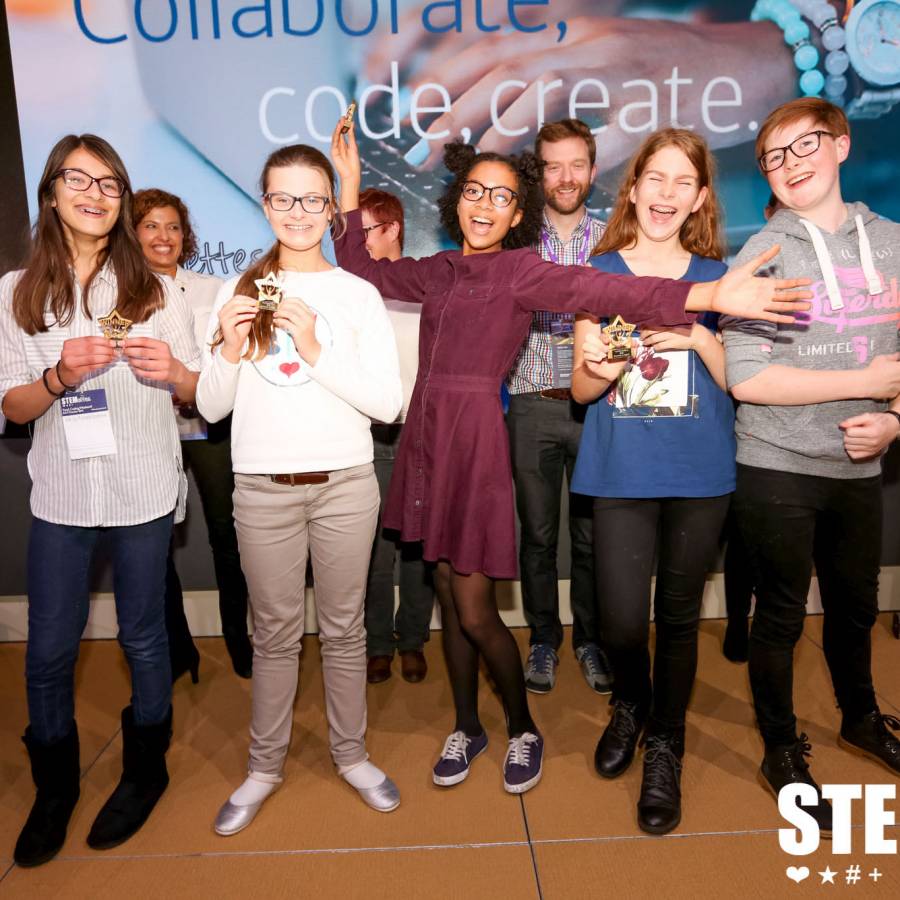 Katie: My Lunch & Tour At Bank Of America Merrill Lynch

In October 2016, I attended the Stemettes Food, Coding, Weekend and had an amazing time. I made new friends and learnt Python. My team’s app, Beleaf, won the people’s choice prize – a lunch and tour at the offices of our host, Bank of America Merrill Lynch.

When I arrived, the other members of my team were already waiting with Jana Novohradska, a Merrill Lynch employee, who was organising the day for us. It was great to see my team again after 2 months! Next, we were ushered into a large room on the 6th floor where lunch had been set out for us.

There were so many seats at the table that it took us a while to figure out where to sit and even longer for us to choose our food from the wide selection! When we had finally decided and started eating, the senior technology leaders from Bank of America started to arrive.

A conversation started about STEM subjects – science and tech in particular. It was really interesting – which school subjects would be useful for a career in technology, what it’s like to work in a bank, and lots more!

After lunch and an informative discussion, we went for a tour of the trading floor. It was a quiet day, so we could hear the click of keyboards above the chatter as we walked along the trading floor to Jana’s desk. She showed us what she does every day and introduced us to her boss. Next, she took us to the cafe area, where we sat in really cool swivel chairs to discuss future Food Coding Weekends! (Keep tuned in for the next one!)

Thanks to @JanaNovohradska @BofAML and @Stemettes for providing @beleafofficial a fantastic lunch. It was very inspiring! pic.twitter.com/Ae2HRAFMOG

&nbsp;
Our day at Bank of America was over. We weaved our way back through the throngs of city workers and Christmas shoppers to St Paul’s station, our heads buzzing with strategies and plans for our future tech careers!

We run hackathons throughout the year – they are listed on our home page. Want to host a young woman like Katie at an event or office tour? – drop TeamStemette a note.