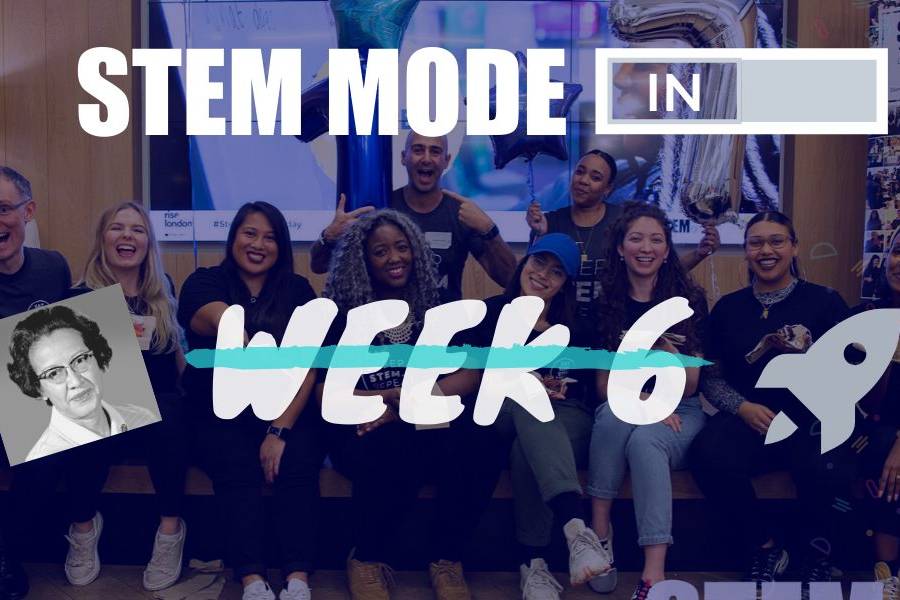 RECAP: Week 6 Of STEM Mode In 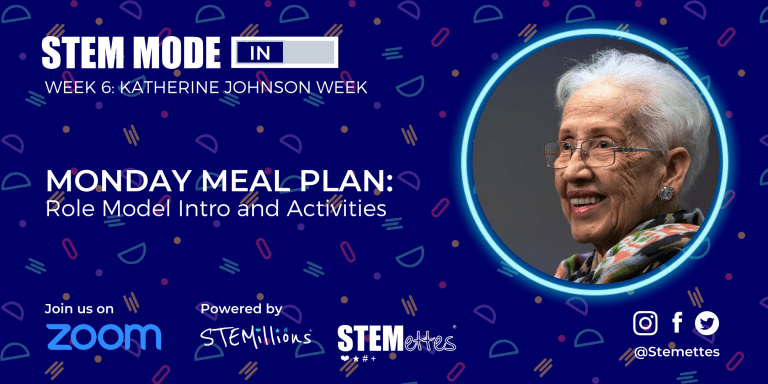 This Monday 42 attendees tuned in to follow along with our Stemillions Activity Pack (aka Meal Plan) based on the late Katherine Johnson, American mathematician famous for Calculating trajectories for NASA missions. Head Stemette Anne-Marie hosted a food-filled activity. The attendees were asked to visualise the 8 phases of the moon. After Anne-Marie’s inventive example using Oreo’s, loads of the girls got creative using biscuits and even tomatoes to illustrate the moons different phases. We saw some fantastic posters during the show and tell too!

Show and tell eight phases of the moon created by Stemettes on Week 6 Monday Meal Plan.🌛🍪🍅

See you on Wednesday 👉

When we asked the attendees what they enjoyed most about the session they said:

“I enjoyed the create session and learning about Katherine Johnson”

“Making the phases of the moon out of biscuits, so that I could eat them after!” 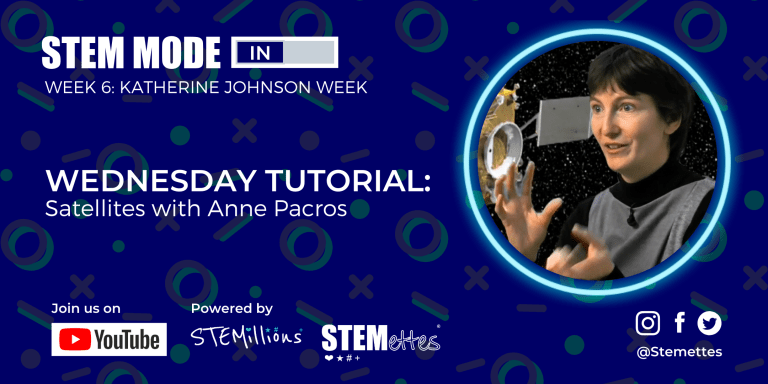 On Wednesday, 48 attendees joined Event Stemette Charlotte as she invited Week 4 role model Anne Pacros back for a session on satellites. Anne Pacros is the Solar Orbiter Payload Manager at ESA (European Space Agency) and gave the participants a real insight into her role and how satellites work. The girls learned about the controlled environments satellites have to be in and how they are tested before launch. Anne also told us about how satellites behave when they are in the sky. The girls asked Anne many interesting questions and learned about ESA satellite projects.

Here are some quotes from the girls that joined the session about what they enjoyed the most:

“Learning from famous and influential people”

“I enjoyed learning about what they used to build the solar orbiter to stop it from being damaged during the launch and while it orbits the sun.”

“I think that its been one of the most informative tutorials so far. I have learnt some interesting new things, normally I don’t really like learning about space, but I loved watching the launches, and seeing the process behind the satellite was EXTREMELY fascinating!” 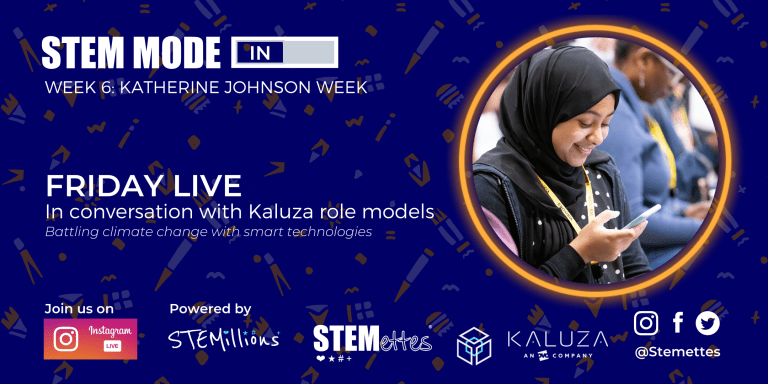 For this weeks Friday Live session, we were joined by three role models from Kaluza. Kaluza is an intelligent energy platform that introduces new flexibility into the energy system by optimising individual devices. Our role models were Senior UX designer Nina McNamara, Data Scientist Ioanna Armouti and Flexibility Analyst Isabelle Bush. Core Stemette Jazmin hosted each role model for 20 minutes as they told the 132 viewers more about their roles at Kaluza and their routes into STEM. The attendees learned about how Kaluza is innovating the use of energy and gained an insight into the role models day-to-day life at work. Here are some quotes from some of the viewers about what they enjoyed the most.

“The opportunity to hear from inspirational women in jobs I may consider for the future.”

“Learning about different pathways into STEM”

We received some great overall feedback from week 6 too!

That’s all for Week 6. Next week’s role model is Angela Taylor – we can’t wait to see you all for those events.