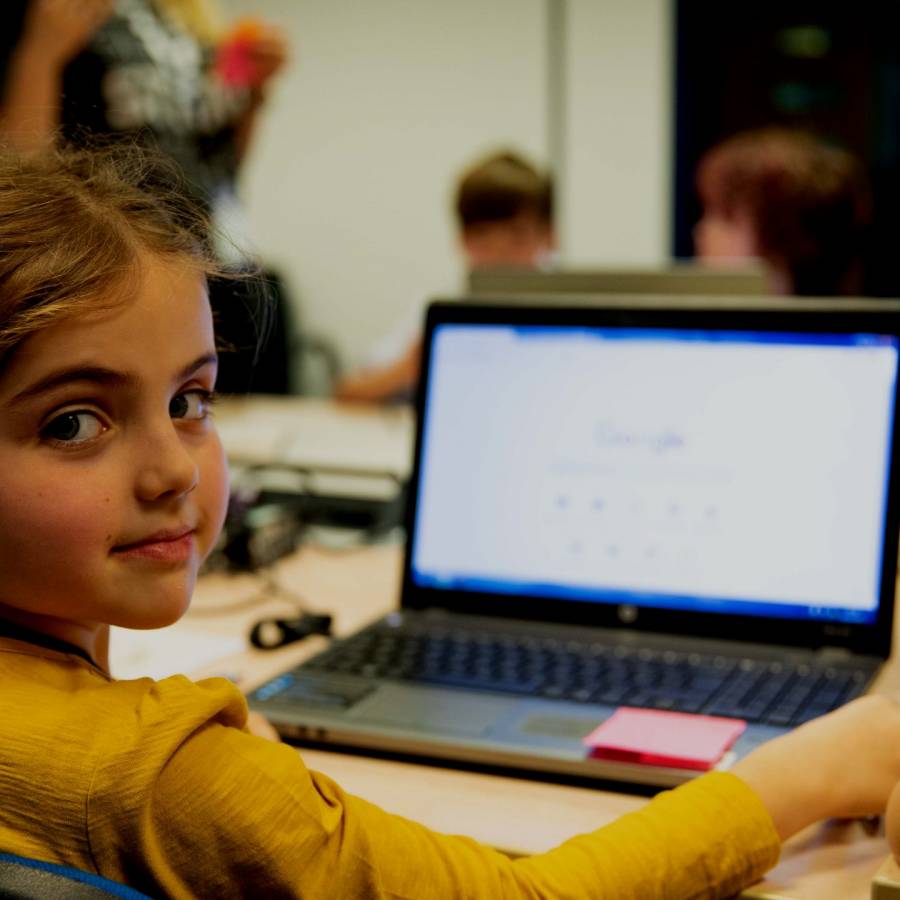 We commenced February half term with a trip over to Chorley for a STEMtastic weekend with DXC Technology! On Saturday 16th and Sunday 17th, DXC Technology hosted ~60 girls and young women for a 2-day hackathon Stemettes style!

After some icebreakers, the girls knuckled down to work on their apps using HTML, AppShed and App Inventor. The brief was to create apps relating to health – the girls got very creative with their ideas; one app was called SJA (Star Jump App) that helps users monitor their exercise e.g. count how many star jumps you did, how long for etc. Once our app designers were finished, they got ready to present to their peers. Our judges were blown away by how confident the girls were and how innovative their apps were! 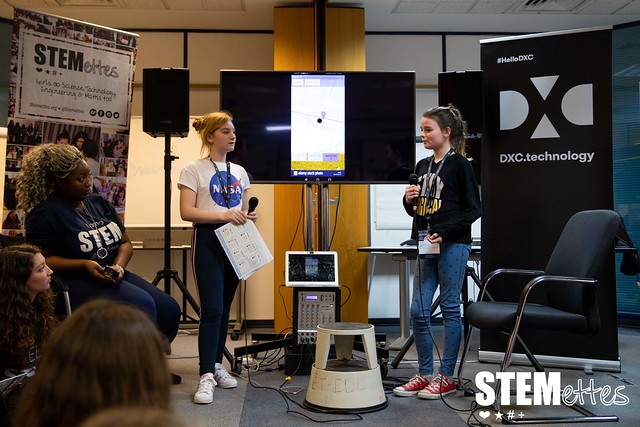 “If you haven’t heard of Chorley before, it’s a Lancashire town about 20 miles north-west of Manchester. Sixty girls coded with us on 16th & 17th Feb and the atmosphere was electric!  All participants became honorary DXC Technology employees for the weekend and created applications to help ‘manage health’.  I am proud to say that everyone produced a working App and thought of really creative ways to solve the problem.  One team produced an App to help deaf people interact more easily with society by using Google’s text-to-speech to simplify communication in shops.  They also converted verbal public service announcements so that they appear on the mobile device as a written notification,for example when you are waiting for a train and your platform changes.  DXC Technology had some tech demos running too including our Digital Factory where we showed the girls how we are using coding and robotics to help our customers modernise their production lines.  One of the participants brought a robot along that she built at home so we invited her to present their robot alongside ours, it was an amazing team effort! It wasn’t all about tech either, we really value helping to develop important skills that would be needed in any future job, for instance every team presented their idea and their application, which meant that girls as young as 5 stood up and talked to an audience of 100 people!  I was totally inspired by everyone who took part.”

One of our winners commented that she loved ‘making the app, making new friends and having fun!’ Another girl had a message to other young women who are thinking about trying to code: ‘I think it’s really fun and you should try it if you’ve never done it before!’

A round of applause for DXC Technology for once again partnering with us to create such a fantastic event! To keep up-to-date on our upcoming events, head to our Eventbrite!