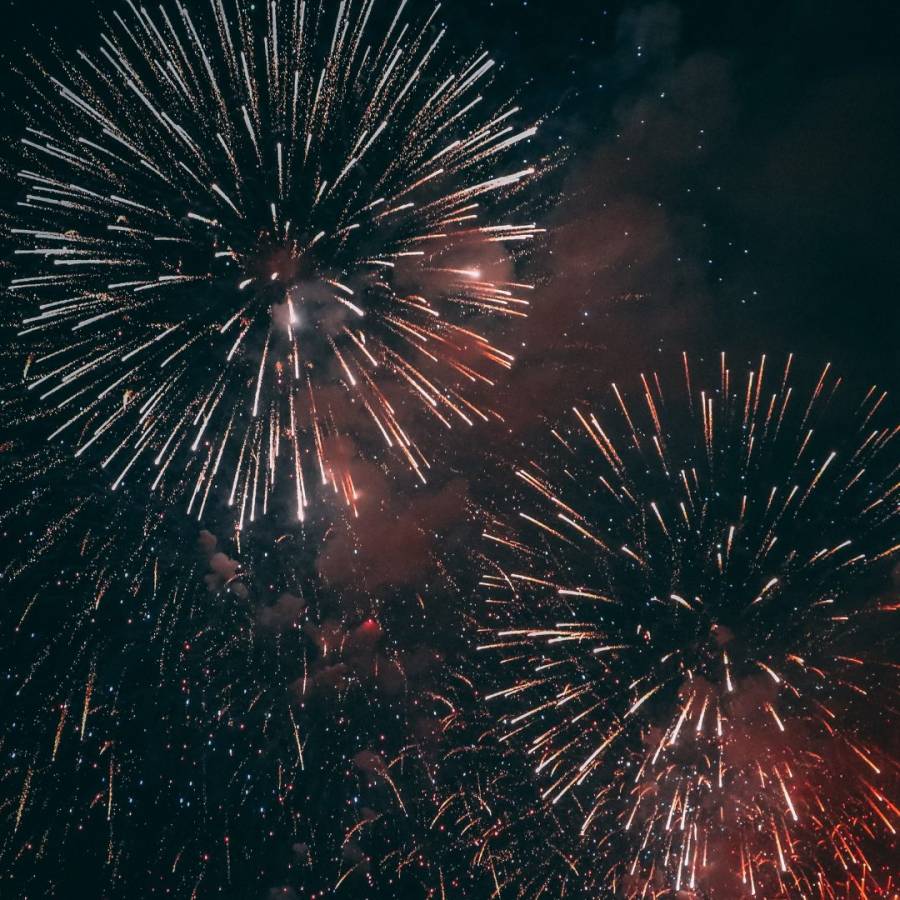 The Science Behind Fireworks

Ever wondered how a firework works? What causes different colours in fireworks? When and where they were invented? Read on to find out…
Experts believe fireworks were invented in China over 1,000 years ago. Today, China is still the biggest manufacturer of fireworks in the world – they make at least 90% of fireworks! There are three main types of fireworks: firecrackers, sparklers and aerial fireworks (the ones you see in the sky).

Firecrackers are rolled paper tubes filled with black powder (gunpowder). They could also be filled with flash paper and a fuse. Flash paper is also known as nitrocellulose, a tissue created with nitric acid so that it burns instantly when touched to a flame, without producing smoke or ash. When you light the fuse of a firecracker, the fire burns along it. When it reaches the powder, the firecracker explodes!

Sparklers are very different – there is no explosion, you can hold them in your hands! Instead, they make bright sparkly light for about a minute. The bright sparks that you may see are usually burning bits of dust. The dust is made of metals, like aluminium, iron, steel, zinc or even magnesium. These metals are reactive ones, so when in contact with a flame, they light up. The metal flakes heat up until they are burning and shine brightly, also, a variety of chemicals can be added to create different colours.

The Anatomy of an Aerial Firework:

Aerial fireworks are usually made as a shell with four parts.

How does an aerial firework work?

The shell is launched from a mortar. The mortar is a short, steel pipe with a lifting charge of gunpowder that explodes in the pipe to launch the shell. Essentially, the power from the exploding black powder in the pipe forces the shell to go into the sky, it also lights the fuse so that the shell explodes in the air. The explosion ignites the stars, which produce the bright sparks of light we see in the sky. The explosion pushes the stars in all directions, to create the beautiful patterns we see.

What makes the different colours of the fireworks?

The stars inside the fireworks are made of metal salts. They absorb a large amount of energy when the stars ignite, and when they begin to cool, they emit the extra energy in the form of light. The colour of this light depends on the type of metal used, here is a list:

Next time you see a firework, think about how complicated it is to make the firework, having to have all the different parts and different chemicals.

This article was written by Stemette Work Experience, Rhea Shah.